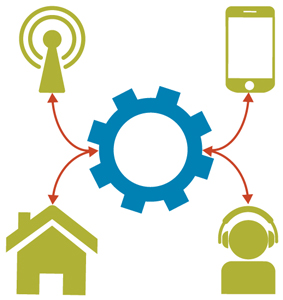 Back in 2011, Marc Andreessen famously stated that “software is eating the world” and predicted that – over the subsequent decade – almost every major industry would be disrupted and transformed by software and the innovations of Silicon Valley. Just over two years later, it’s pretty clear he was right on the money. In order to remain relevant, many industrial behemoths need to transform themselves and they are looking at the software revolution as a way to enable a fresh wave of innovation and development.

This revolution has never been more important to the telco world, where it must start at the very core of the organization. Every layer – from network, to infrastructure, to application – should be considered a service enabler, be defined in software and be driven by APIs. A new wave of thought leadership and investment can you buy xanax over the counter in canada around “network functions virtualization” (NFV) is acting as a catalyst for this transformation and telcos can finally start to eschew the limitations of legacy networks and allow operators to more easily keep pace with Silicon Valley.

Finally then, APIs and API platforms can regain their intended utility in the telecommunications sector, emerging from a meandering journey through failed open developer ecosystems and misguided monetization strategies. APIs are meant to be at the very core of product development, they are supposed to be the foundation of a product or service and not tacked on the side afterwards. APIs enable an architectural paradigm that is essential to the software-defined network and they provide a scalable, documented and secure way of integrating systems and clients.

Layer 7 will be presenting a vision for the future of APIs in the software defined telco at the Telecom Application Developer Summit in Bangkok (Nov 21 – 22).