The Internet of Things (IoT) is the interconnection of uniquely identifiable embedded computing devices within the existing Internet infrastructure. Typically, IoT is expected to offer advanced connectivity of devices, systems, and services that goes beyond machine-to-machine communications (M2M) and covers a variety of protocols, domains, and applications. The interconnection of these embedded devices (including smart objects), is expected to usher in automation in nearly all fields, while also enabling advanced applications like a Smart Grid. John Senay was showcasing communication process between Electronic Imp Wi-FI device and Restcomm (internet of things talk). The device has GPIO bus on it which has the ability to I2C.  John showed the actual IDE with its three parts (the device itself, which has SD card set locally, the agent, located in the cloud and a piece of  code ). 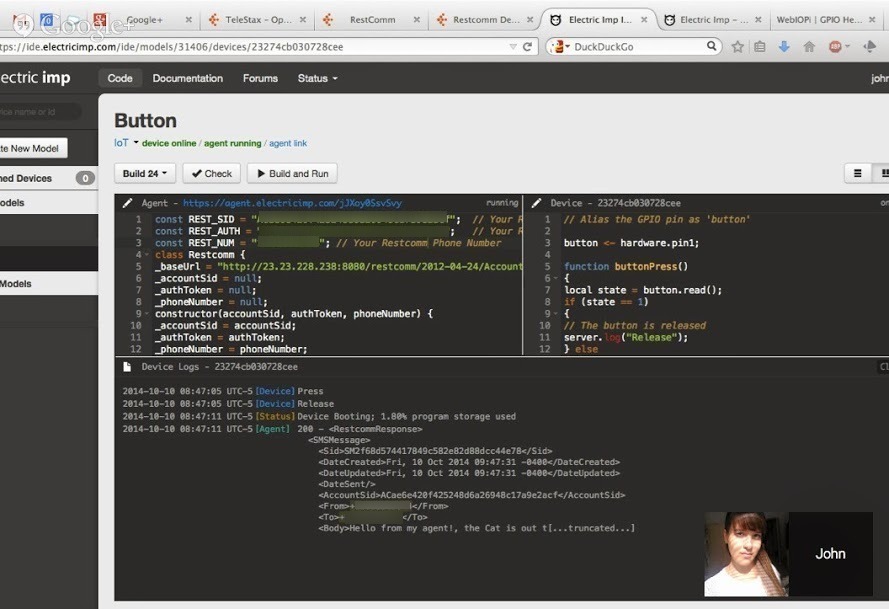 Whenever the device was switched on/off, the agent sent out a message to specified phone number. The Eelectric Imp device, over Wi-fi triggered an event to the cloud version of the agent and then the agent triggered a call out to Restcomm buy valium cheap online which sent an SMS to John’s mobile. In the second part of the presentation Mr. Senay was showcasing  ABCauto Repair Service application. An RVD application showing the great power of Restcomm.  ABCauto allows customers to make appointments and administrators to set cost and status for cars. It also sends SMS to SMS enabled numbers with information about their car. And that’s not all, non SMS enabled numbers can easily check their car status by entering their phone number. But the most interesting  thing about the application was that it had its data  stored on cloud (using cloud database with few mysql tables) not on the same server as Restcomm itself was installed. 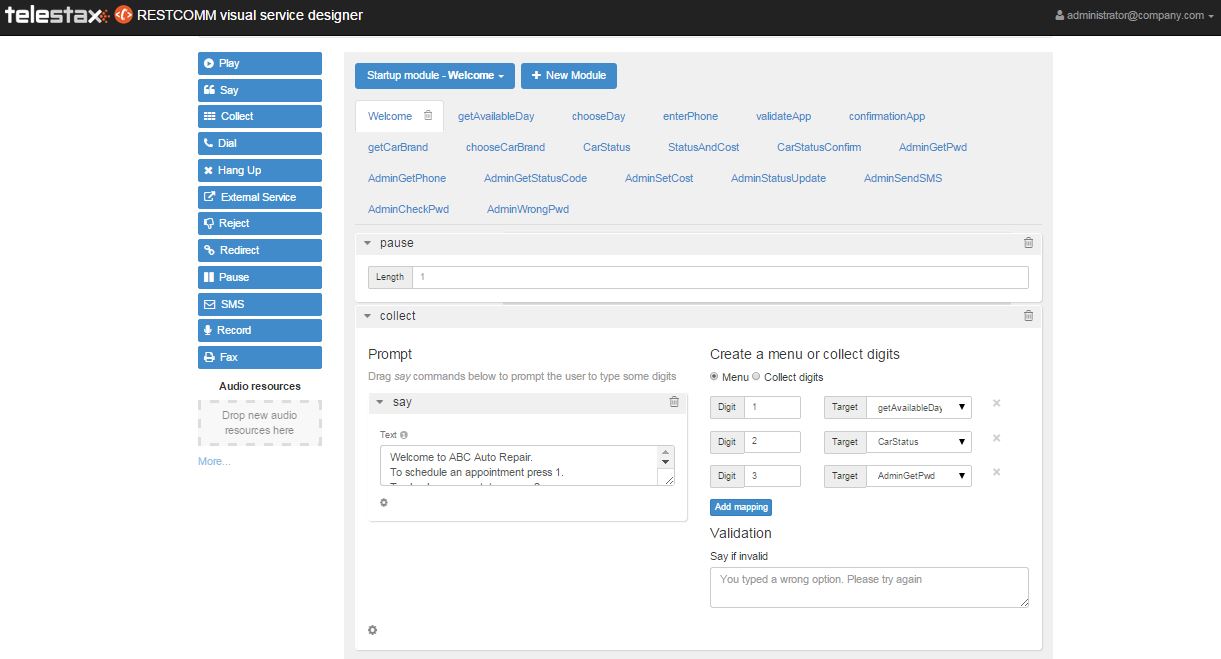 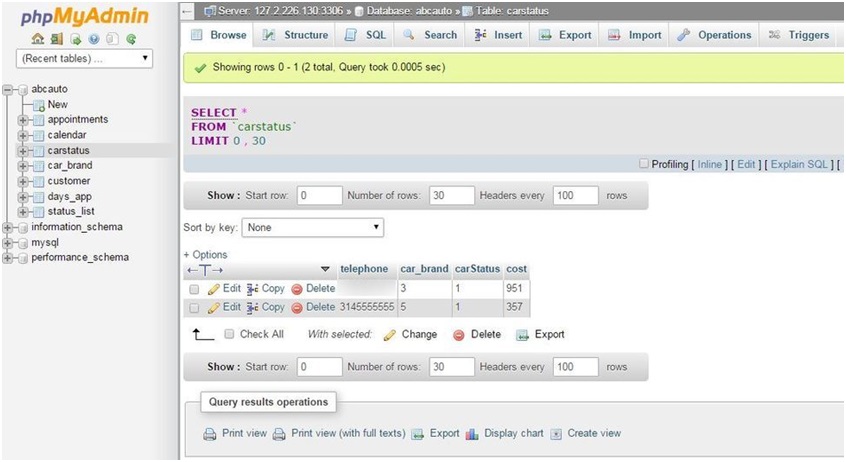 That nice demo showed how to rapidly  build non trivial call flows with a visual tool and wire them to web services in the way you would do that with Zapier or IFTTT. If you missed the chance to watch the demo live, find the video HERE.