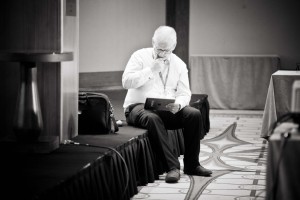 On Wednesday Jan 27th 10AM EST we ran a Dangerous Demo Revisited Part 1 Google Hangout live.  The Q&A session was streamed live. You can view the Q&A session at the end of this weblog, or just click here. Since the first ever TADHack in Madrid in 2014, Dangerous Demos have become an important core theme in both TADHack and TADSummit. Their purpose is to showcase just how far technology has come given its continued acceleration. The Dangerous Demo at TADSummit in November 2015 included open source billing, flexible messaging, location (GMLC) based services, authentication as a Service, USSD services, WiFi calling, Load testing/Monitoring, Open Source (Software Defined Radio) Radio Access Network – and much more. Virtually all telecom functions can now run in the cloud.

The components of this dangerous demo are shown below. For Dangerous Demo Revisited Part 1 we did a deep-dive question and answer session with:

You can see Paul, Michael and Sebastien’s presentations and slides below.  Some of the questions received so far include:


Michael Lazar of DataArt on Conferencing and Media Manipulation


Sebastien Michéa of OpenCell Software on User and Carrier Billing.